Who puts leaves on the trees in Spring?

Q.  Who puts leaves on the trees in Spring? 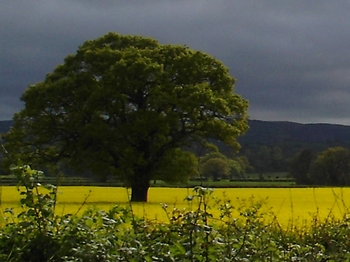 Long ago people thought that every Spring God put fresh green leaves on the trees by magic. Now scientists have discovered that He does it by a combination of osmosis, semi-permeable membranes, and other neat gadgets.

Some people say that it's not God doing it at all, that it "just happens", or it's "automatic", or "just natural".  They say it's like seeing through a conjurer's trick.  At first you think the conjurer is a magician, but once you know how it's done you're disappointed.  He can't do any magic in reality.

But there's one difference.  The conjurer is fooling you, deceiving you - the coin hasn't really gone, it's up his sleeve.  That IS a disappointment.

But God isn't fooling you!  There really are billions of beautiful green leaves coming next Spring, for your pleasure and shade.  And they really are made out of water and air and sunshine - no trickery!

Instead of disappointment, maybe you feel wonder at the intricacy and neatness of His creation?

A very neat 10-minute tour of the Old Testament