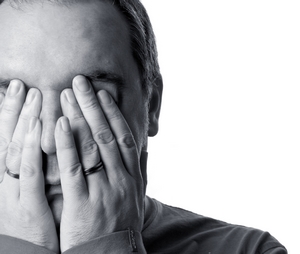 If you've prayed (the word means "asked") for things, you know that God sometimes gives you what you asked - but not always! Why? How can a loving God let his beloved children suffer, and just do nothing?

One friend (a reverend) insists that God CAN'T intervene - because if He can watch some child die in front of the horrified family and do nothing, He's a bastard! It's a possible answer, but it's a bit difficult to square with an omnipotent Creator? And God certainly answers prayer on some occasions.

We can see SOME of the reasons God doesn't always intervene. Let's consider some actual people.

P, a medical student had difficulties in his personal life, got behind with his work, and prayed desperately that he would pass the final exams - he wouldn't be able to afford to stay an extra year to retake them. He failed. Why didn't God help him?

E, a drug-addict had her baby removed to "a place of safety" for 6 months. When the period ended, the baby would either be returned to her or taken away for ever. She and her family prayed desperately - and she lost. She will never see that baby again. Why? How could God be so cruel?

M, a faithful, upright Christian man, was accused of raping a 13-year-old girl decades ago on a church picnic. There was absolutely no evidence (except her testimony), her recollections didn't fit the facts, she was in treatment and he was healthy, and the whole church turned up in the courtroom and prayed desperately for him. He lost the case, was convicted, and got a long jail sentence. What was God thinking of?

R was a hard-working, loving father and grandfather who developed cancer when he retired. Then he got terribly ill with complications and was taken to hospital. His family kept watch, prayed faithfully ... and he died!  Was their faith 'not great enough'?

S was a kind, sensitive, gay man who died painfully of AIDS. He was not religious, but his mother prayed repeatedly for him - in vain. Why would a loving God punish people so nastily?

Why didn't God intervene and stop all this? Why didn't He answer the prayers?

Suppose God miraculously helps P pass his exams? He'll be a doctor, but without enough knowledge - perpetually making mistakes, harming his patients and regretting it. Is that REALLY what P wants? He's actually praying for the wrong thing! ... Sometimes God knows what's best for us.

Suppose E got her baby back, while still using crack. Disastrous, eh? Maybe, just maybe, losing her baby will stop her in her tracks, and lead to a new life? (And probably, later, a new baby?) ... Sometimes we aren't ready to receive what we pray for - we have work to do first.

M and his wife were devastated at the judge's verdict, and so were the church members. What was God doing? Looking back, we can now see God's amazing plan. M's lawyer appealed the case. The Appeal Court overthrew the verdict, AND changed the law in 2 particulars, making it almost impossible for innocent men to be convicted with no evidence (other than one accuser) and no supporting records. M never went to jail. Sure, he had a very alarming experience - but it has saved innocent men from injustice ever since.

R may have had a joyful release?  He may be with God, free from drip-tubes and chemotherapy, from pain and bedpans, and much better off?  We always regard death as a terrible disaster - and it is for us!  We won't see R any more, and will miss him.  But maybe our prayers are sometimes a bit selfish?

We don't believe that God deliberately punishes people like S (or their mothers). Innocent heterosexual people die of AIDS too. It's not a punishment. It can be a RESULT of sexual behaviour - but that's our doing, not God's.

But let's be honest - there are other times when we can see no sense in the suffering. Why does God allow any of it?

Probably this is beyond our human comprehension. Jesus's disciples once asked him "Teacher, who sinned that this man was born blind? Him or his parents?" (Misfortune was generally seen as punishment from God.) Jesus's answer is very different from our world-view: "So that I might come along and heal him, and display the power of God to you".

Maybe if God ALWAYS prevented suffering, it would simply become "natural law", and we would not be able to see God work at all?